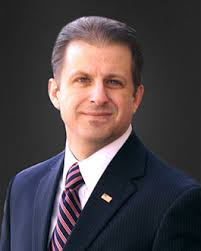 Join the Platte County Republican Party for an engaging discussion with one of the most sought after, respected, nationally renowned constitutional scholars in the country.

Mr. Krauser is a Constitutional Law Expert, Author of Your Nation to Save, Director American Academy for Constitutional Education and an Arizona Radio Talk Show Host.

“The Constitution is not the Problem. It is the Answer!”

Mr. Krauser is the director of the American Academy for Constitutional Education and widely sought after due to his expertise. He is an adjunct professor of constitutional and criminal law, a certified NRA firearms instructor, the chief instructor of K-Force Vanguard, a former prosecutor, and a partner with the law firm of Davis Miles McGuire Gardner. He is also the author of Your Nation to Save and is a radio talk show host in Arizona.

As a true originalist, Mr. Krauser relies solely on the Constitution for the basis of his argument. His infectious, positive attitude and pride in our national heritage is both refreshing and entertaining.

Mr. Krauser has spoken to groups and organizations all over the country. He has appeared on radio and TV, has written for various national media outlets, spoken at patriotic rallies, addressed large crowds at political and corporate conventions, guided expert panels with numerous political figures, and educated audiences of all sizes and demographics. His audiences are intrigued and engaged by the intense, interactive discussions he leads pertaining to fundamental rights, religious protections, government restraint, constitutional history, and the many guarantees and protections under the Bill of Rights.

Discover why many have referred to him as the “best instructor of the Constitution in the country.” Mr. Krauser’s attitude and gratitude will inspire you. His storytelling will captivate you. His dedication and insight will move you.

has been added to the cart. View Cart
Posting....